Punchbowl Mosque is now OPEN and operating for Ramadan 2021. We will commence Taraweeh prayers at the NEW mosque at Matthews Street Punchbowl. Click the link below to see our Prayer Times.
CLICK HERE FOR MORE INFORMATION

The Australian Islamic Mission NSW is tirelessly working to help the community by presenting the balanced message of Islam to all Australians. At the core of this message are the all encompassing human values that Islam emphasises: community, equality, justice, mercy, compassion and peace.

The Australian Islamic Mission (AIM) is a non-profit religious, charitable and educational organisation committed to promoting the Islamic faith and virtue in Australia. AIM was established in 1973 by a group of Muslims in Sydney. The organisation first operated out of rented premises in Lakemba and then on Canterbury Road in Revesby. In 1994 AIM started using the Prayer Hall at 29 Matthews Street. Another Muslim association purchased this property in 1970 and used it as a place of worship (officially with government approval from 1987). The Punchbowl Musallah (Prayer Hall) and AIM Centre was thus established here in 1994. In order to serve the growing needs of the Muslim community in Punchbowl and the surrounding areas, AIM’s expansion program saw the initial acquisition of the properties at 25 and 27 Matthews Street. In 2004 the property at number 33 was acquired and then number 31 in 2007. The five properties from 25-33 Matthews Street have been consolidated into one lot. An additional property at 15 Matthews St was purchased in 2011. Read More 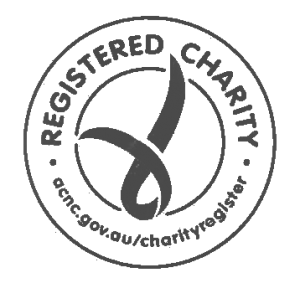 Promised rewards for your generosity

“… whatever you spend of anything (in Allah’s Cause), He will replace it. And He is the Best of Providers.”
Quran 34:39
Whoever builds a Mosque, with the intention of seeking Allah’s Pleasure, Allah will build for him a similar place in Paradise.
Prophet Muhammad (s), Sahih Al-Bukhari 1:441